Art of the New Open

Galleries and museums have plenty of experience in acquiring, curating, exhibiting and preserving arts of work, at least when they are good old tangible objects — oil on canvas, crayon on paper, statues in bronze or stone. But what about digital art and video? For the new generation of artists that are at home in digital, distributing their work and exhibiting it can be a thorny issue. We’ve all seen those clunky DVD players sitting in galleries, wired up to projectors and TV screens. But this approach is expensive, inflexible, and hard to scale. Artbox, a collection of artists, collectors, curators and galleries, has come up with an ingenious alternative, all based on open. 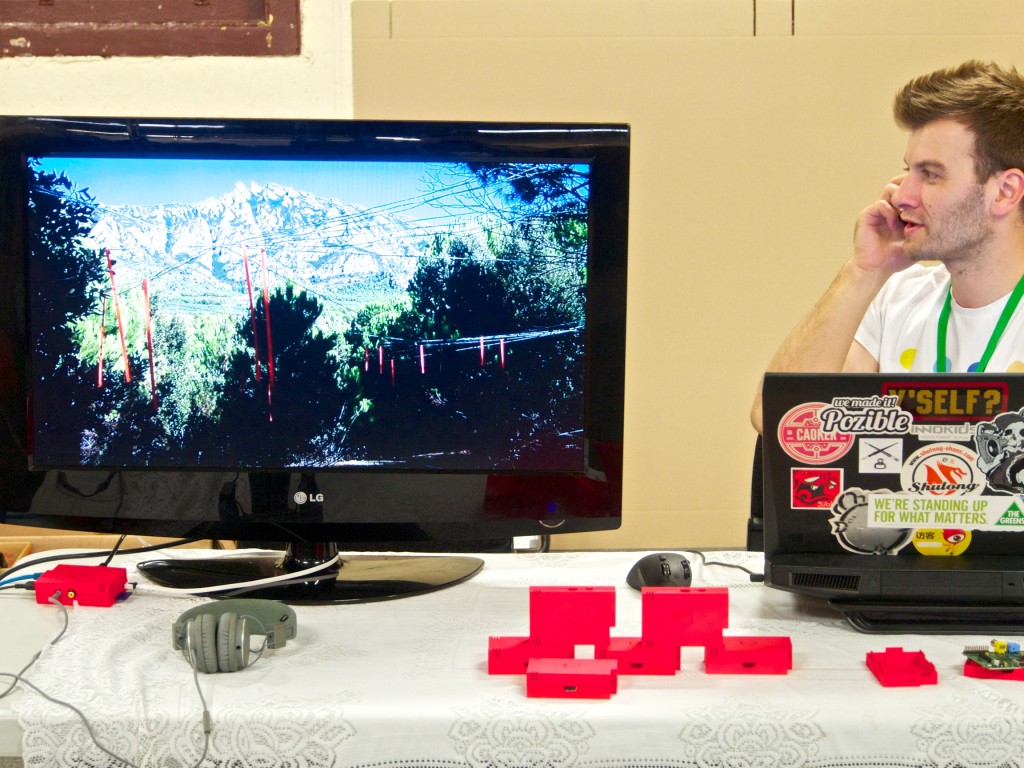 While visiting the Eurisko Maker Event in Melbourne in early November, I was lucky enough to chat with Alex Gibson, one of the founders of Artbox. Alex gave me an entertaining account of the goals of the Artbox Video Art Player, accompanied by a short demo. The Artbox organisation is still young, having received funding earlier this year via the Melbourne-based crowdfunding platform Pozible. Designed to be simple for both the artist and the curator, the Video Art Player couples a nicely enclosed Raspberry Pi with an attractively understated software interface for controlling the video player. Load your videos onto a USB drive, plug the HDMI output of the Pi into a display screen, connect its ethernet port to a router, and point your browser at the Artbox’s IP address. You now have an elegant tool for queuing videos (as .mp4 files), scheduling and looping them. For the power user, there is direct access to the Pi’s console. Given the low cost of the hardware, a package consisting of the Raspberry Pi, a USB drive and the Artbox software is an economical way for video artists to disseminate their work to a wide audience, either via galleries or direct to art lovers. For the DIY person, there is a minimal download of the Artbox ISO. Although the medium-term ambition is to build a developer community around the Artbox software, at the moment the project still requires funding to build the next level of functionality.

While making the task of the curator simpler, Artbox’s Video Art Player potentially throws the role of the traditional ’boutique’ gallery into question. Although the price of a reasonable quality screen has to be factored in, pretty much anyone now is in a position to be an exhibitor of digital artworks. And of course, ‘pretty much anyone’ includes people who are happy to hang a painting on their wall, but so far have not had a way of ‘hanging’ the newer breed of digital art. Alex and I spent a while discussing the financial challenges of being an artist, and how to deal with fact that the notion of an ‘original’ artwork loses its meaning for digital works. Alex’s current approach is that digital artworks should be published under a Creative Commons Attribution Non-Commercial License (CC-BY-NC): if you buy such an artwork, you can copy it as many times as you like, you just can’t sell it on. Artbox has the potential to become a storefront for digital artist, with both a catalogue of works and a network of exhibition venues. The business model is one which aims to increase volume of sales rather than going for a high mark-up. Should the videos distributed by Artbox include some digital record of provenance, I asked? According to Alex, No: traditional methods of demonstrating provenance via a paper trail are just as good, and well understood in the art world.

As well as being an innovative approach to helping digital artists disseminate their work, the Artbox initiative is a fascinating contribution to the evolution of the Open Knowledge ecosystem, cutting across many of the standard boundaries. Although firmly situated in the framework of GLAM (Galleries, Libraries, Archives and Museums), Artbox addresses issues that (as far as I know) are not currently encompassed by OpenGLAM initiatives, while also drawing on the resources of Open Source and Open Design and Hardware. Last but not least, the Art Video Player could also be a fun way to engage young people who are interested in art as well as hardware and coding.

One thought on “Art of the New Open”