For this meet-up we were fortunate enough to be able to use the fantastic new space in TechCube. Although it is destined to soon become the TechCube hot-desking venue, it was perfect for informal discussions and presentations about open data — a big thanks to Devon Walshe and Jamie Coleman for helping this happen! Funding for refreshments was generously provided by Informatics Ventures. 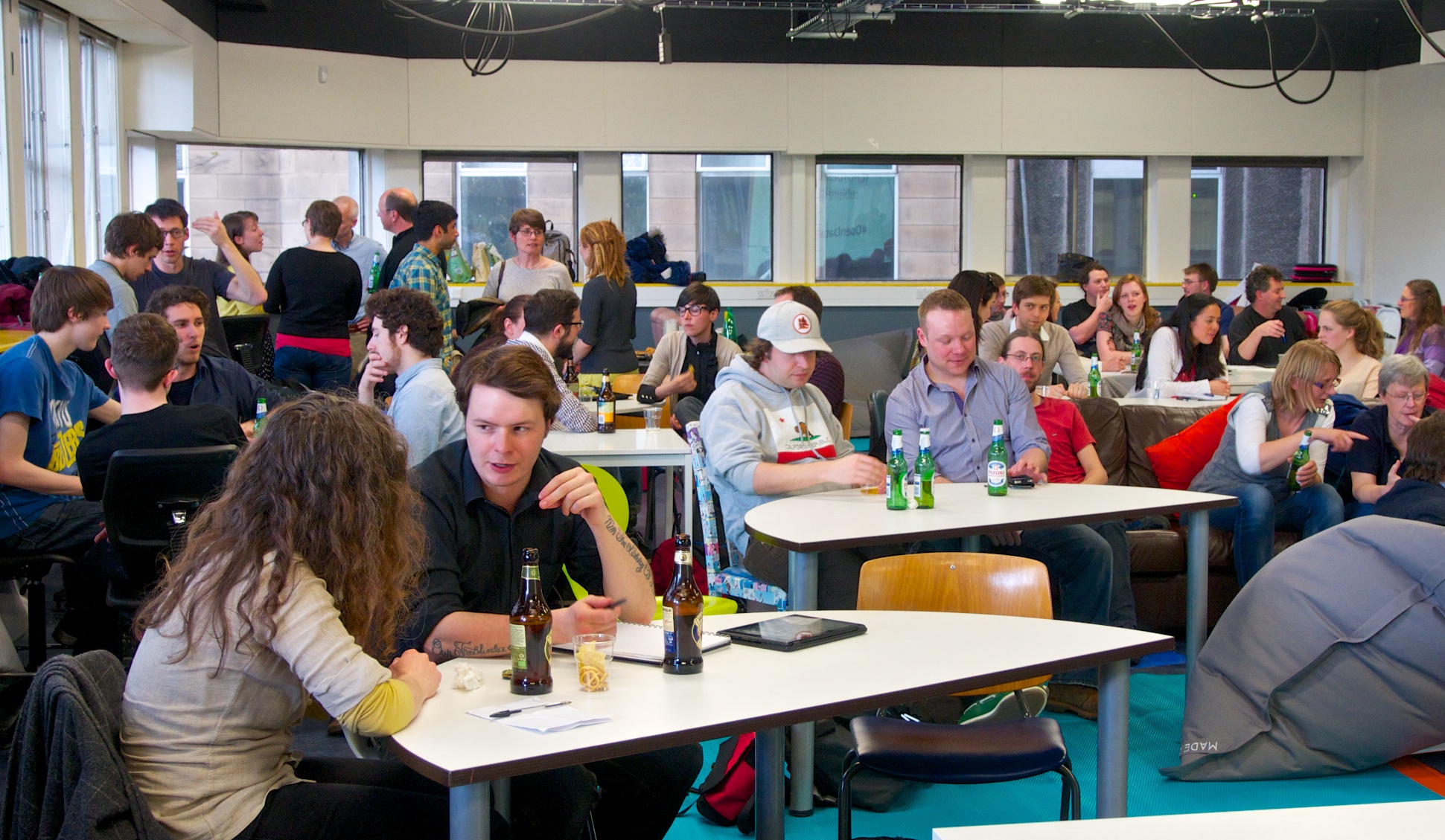 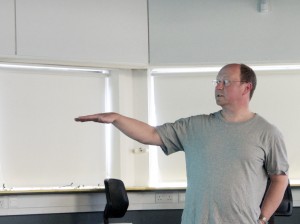 Bill described the work that SWIRRL had been carrying out on Open Data Communities, the new DCLG linked open data site. He argued that although good tools and user-interfaces are crucial in communicating data to communities, government bodies are not well-equipped to build public-facing apps based on their data. There is a wide spectrum of users with different levels of technical skill, and it’s impossible to address all their needs at the same time.

The approach adopted by SWIRRL tries to provide more flexibility. Although they use Linked Data and SPARQL query as a foundation for storing data, they then convert this to more familiar formats for different classes of data user: a JSON API for web and app developers, CSV downloads for researchers and data analysts, and browser-based visualisations (maps, graphs, etc) for information seekers. 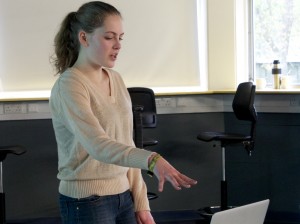 Kim started work during the School of Informatics Smart Data Hack on an Android app to find location-sensitive information relevant to personal well-being. Since then, her team has continued developed of the tool, which is one of the first to use open data recently released by the City of Edinburgh Council. It has been released as open source software and will be made available via Google Play. The app is driven by a database on http://placed-ed.appspot.com; this can be queried via a public API, and also lets users submit images, ratings and comments.

She pointed out that a lot of potentially useful Council location-based data was unavailable due to Ordnance Survey copyright restrictions and Royal Mail ownership of postcode data. They have worked around this by computing location data from address information combined with Google’s geocoding API. 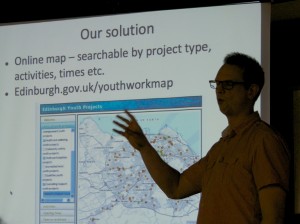 Although there is a wide range of youth work activities in the City, there is no central database about what is going on where, and the Youth Work Map represents the Council’s initial attempt to provide a comprehensive overview. It’s not an ideal system, as they have to update it manually when a youth group or activity organiser decide to inform the Council that they exist, and it’s hard to ensure that data is not stale.

Gavin said he had a number of aspirations for improving the map, including: 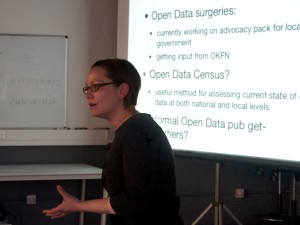 Leah made a quick announcement about the new Local Government Open Data Working Group. She reminded people of the plan floated at the last meet-up to organising open data surgeries (similar to the social media surgeries which she helps organise). The current focus is on building a short information pack which helps make the case for civic open data. A second activity is to start work on compiling a city-level Open Data Census for Edinburgh. Finally, she reminded everyone that there is still a plan to meet monthly in a pub, but this so far hasn’t quite got off the ground. Suggestions for a good venue (wifi and not too noisy) would be welcome. Tweet Leah if you’re interested! 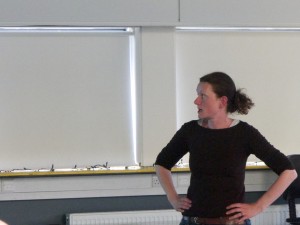 Fiona described a small project and research network she is involved in which will investigate the use (or lack of use) of Open Data in climate change science. The project will be looking at trends and patterns over the past decade to explore issues such as whether research outcomes are any more successful if existing datasets are used, or if papers are more frequently cited if they publish their data alongside the results.

She remarked that there might be a number of factors contributing to the paucity of open data in climate science, including the expense of ensuring that the quality of the data was high enough to make it public, and the tendency of scientists to feel that they benefit more from holding on to their hard-won data rather than sharing it. One way of altering these attitudes would be for data publication to be credited to scientists in a similar way to journal publications, and for research councils to insist on ‘open access’ data sharing as a condition of funding. Scientists would be more motivated to share if it becomes easier to see how their data is making an impact and improving their standing in the community. 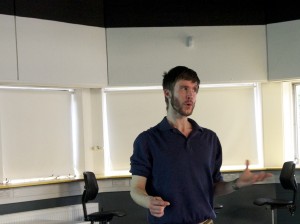 John said that he had a visual mind, but that for him, visualisation meant things he could experience in the everyday world, not what currently passes by the name of “information visualisation”: normal people “don’t think in graphs”. He works in Community Learning and Development, and a couple of years ago he started developing “volumetric and comparative” visualisations, which can be much more useful and empowering to people than conventional approaches. He showed us a mind-blowing visualisation of one trillion dollars based on this principle.

John recently organised a workshop on Information Visualisation and ‘Really Useful’ Data and is planning a follow-up event in Edinburgh this coming September.

Ben Jeffrey (School of Informatics): From the Ground Up: enabling access to educational data one tool at a time 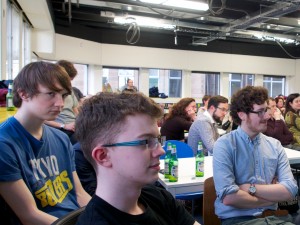 Ben is another undergraduate Informatics student who took part in the Smart Data Hack and whose INF-YT team is still working on the MyED 2.”oh” project they started at the hack. They’re re-imagining the University’s student information portal by pulling in lots of different data sources, and presenting the information more sensibly. They’ve been doing a fantastic job, but of course are all busy with exams and general learning, so the haven’t been able to spend as much time on this as they’d like.

Ben closed by saying that since students are now paying significant fees, the data that is collected as part of their educational process should be available to them. Since “the University should be a breeding ground for knowledge”, data shouldn’t be kept in silos.

Susan Pettie (ProphetScotland) and Marc Horne: So Say Scotland and Thinking Together: Citizens Having A Say! 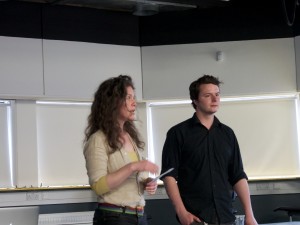 Susan and Marc are from So Say Scotland, whose goal is to support and promote participative democracy throughout Scotland. So Say Scotland held a Thinking Together Citizen’s Assembly, modelled on the National Assembly held in Iceland after the 2008 financial crash. Their Treasure Trove report of outcomes from the Assembly will be held on 27th May.

Their goal is to build a network of activists and campaigners, and are aiming for 25,000 people.

Marc reported that collating the ideas generated at the Thinking Together event was a very time-consuming manual process, and they are investigating ways to make this more efficient. 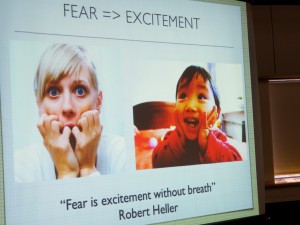 Devon briefly described Geeks in Residence, a programme funded by Creative Scotland that puts the technologically-minded into arts organisations. Previous efforts by arts organisations to employ ‘geeks’ to solve a technical problem or produce a digital solution for something have been problematic due to the ‘black box’ approach. The developers produce an outcome, get paid and leave, often aiming to do the minimum amount of work. Geeks in Residence promotes developers and the organisations working together more closely, to allow for sustainable solutions. A lack of knowledge about technology often provokes a feeling of fear in artists but, as Devon remarked, fear is very close to excitement! Devon described some of the previous projects that took place within this scheme, such at Stef Lewandowski’s Eigg Box project.

Devon ended by announcing that the next Culture Hack Scotland will take place in Glasgow, 12th-14th July.

The next Edinburgh Open Data Meet-up will take place at the School of Informatics on 22nd August. Be there or be square!

This post wouldn’t have been possible without Amy Guy’s notes and her own blog post, which I heavily cannibalised.