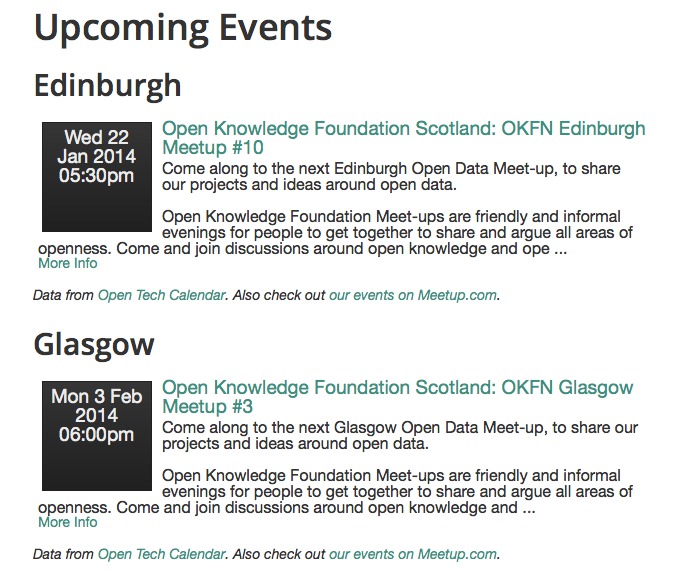 It’s a cause for celebration when a community can generate and sustain lots of events around openness. But it can also be a source of problems. As the Open Knowledge Foundation Local Group in Scotland continues to thrive, we are beginning to collaborate more and more with the Scottish OpenStreetMap and Wikimedia communities, and of END_OF_DOCUMENT_TOKEN_TO_BE_REPLACED

The City of Edinburgh Council (CEC)’s first ‘civic challenge event’ took place this month, and yielded some outstanding results. This flexible hackathon launched on the 26th of September with the Council announcing its ever-increasing open data sources, the categories that submissions were to be entered in to, and the judges. Five weeks later — which END_OF_DOCUMENT_TOKEN_TO_BE_REPLACED

Art of the New Open

Galleries and museums have plenty of experience in acquiring, curating, exhibiting and preserving arts of work, at least when they are good old tangible objects — oil on canvas, crayon on paper, statues in bronze or stone. But what about digital art and video? For the new generation of artists that are at home in END_OF_DOCUMENT_TOKEN_TO_BE_REPLACED

Lucy Brown is Engagement Co-ordinator with the Future City | Glasgow programme. Ever the pioneer, our very own Glynn Staples helped organise the first Glasgow meet-up of the Open Knowledge Foundation (OKF) Local Group in Scotland. Although the OKF meetings have been taking place in Edinbugh for a while now, having regular meetings in the END_OF_DOCUMENT_TOKEN_TO_BE_REPLACED 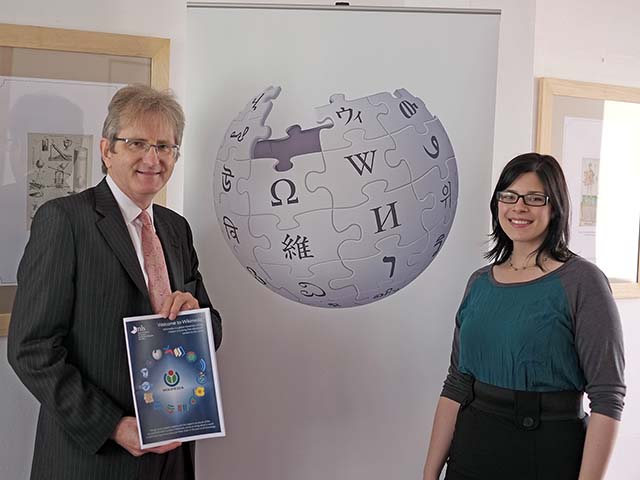 Ally Crockford discusses the work she is doing as Scotland’s first ever Wikimedian-in-Residence at the National Library of Scotland There’s a chance that way back in April you saw some ripples of media interest in a job posting at the National Library in Scotland for a Wikimedian-in-Residence. The typical response to the job posting then, END_OF_DOCUMENT_TOKEN_TO_BE_REPLACED